For my cassette binding, I used the cassette for the front cover, signatures of colour paper and a board covered with decorative paper as the back cover. I used black and yellow thread for one set of holes and red and white thread for the other set of holes. We were discussing that with the Coptic it would be ideal to use curved needles for going back to link the previous signatures. Also, when doing the Coptic, I prefer having more signatures as it would better enhance the linking in the stitching.
Tags
Bindings
Book Arts
Workshops
Next
Previous
View All 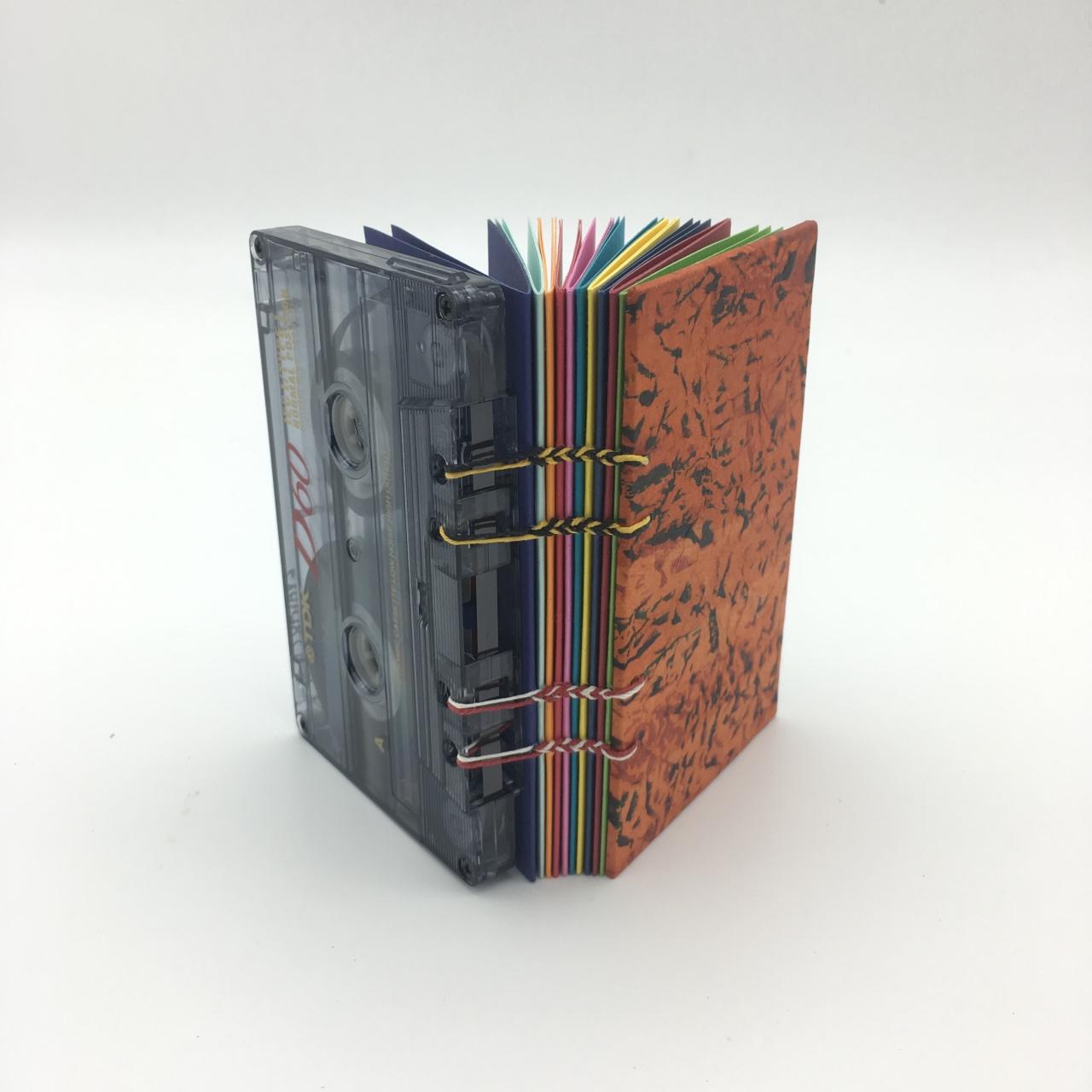 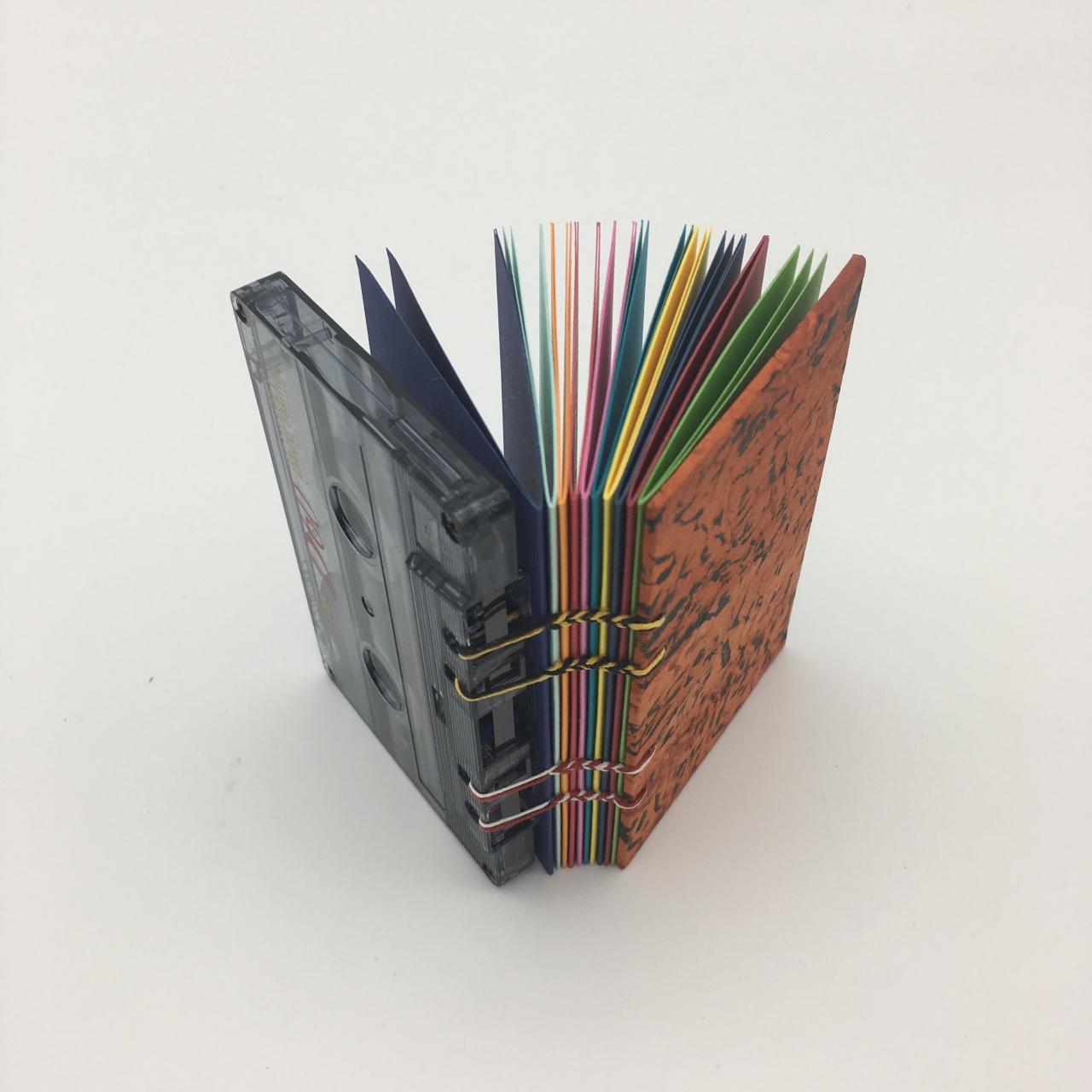