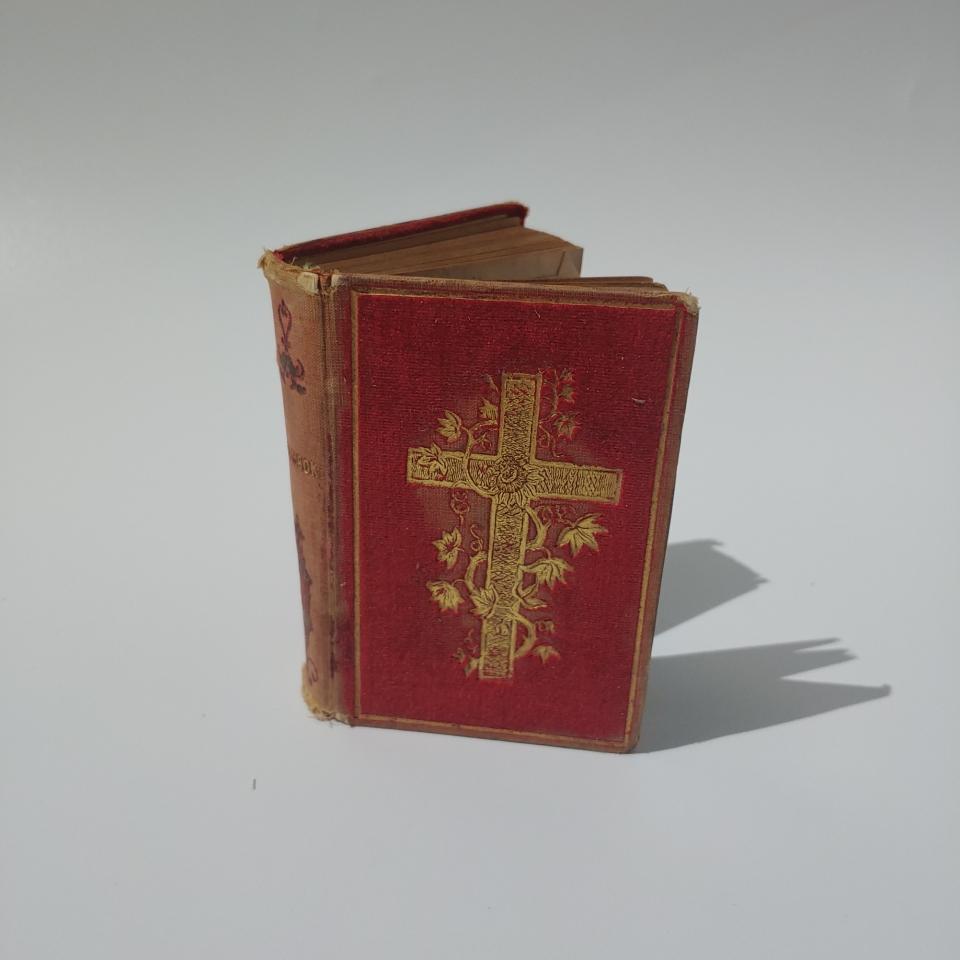 This is a Swedish book of Psalms bound in velvet with gold tooling on the covers and spine, all three edges are gilt with minor gauffering. The gauffering is not very visible, as a small tool was employed and tooled close to the spine of the book. I've asked a few friends about the minimal gauffering and if there's a specific name for it or a reason why it only has minor gauffering, so far no one has an answer yet. Please email me if you have come across anything like this and can shed some light about this issue!
Read More
Bible Repair 1885 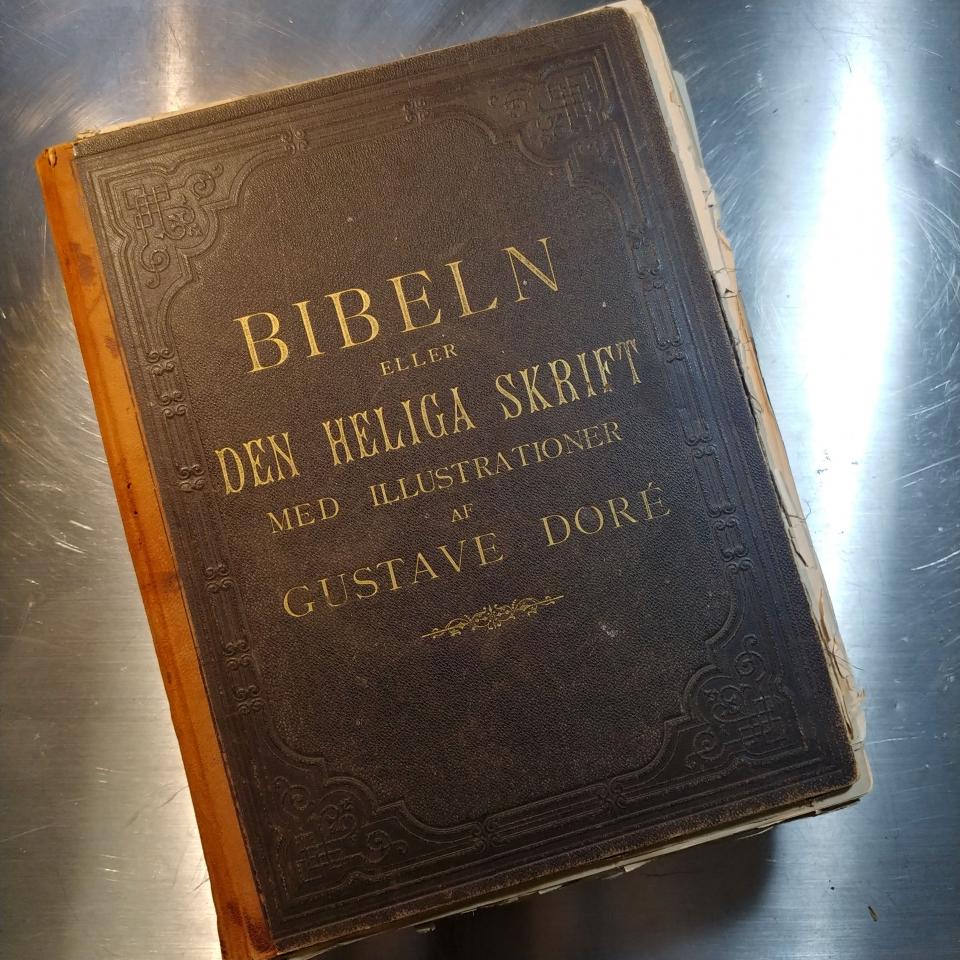 My client came to me with a Swedish family bible from 1885. This is the largest bible that I have repaired to date! My friend Jonathan did a video walk through of the bible for his bible study group.
Read More
Open•Set Competition 2020 by American Academy of Bookbinding 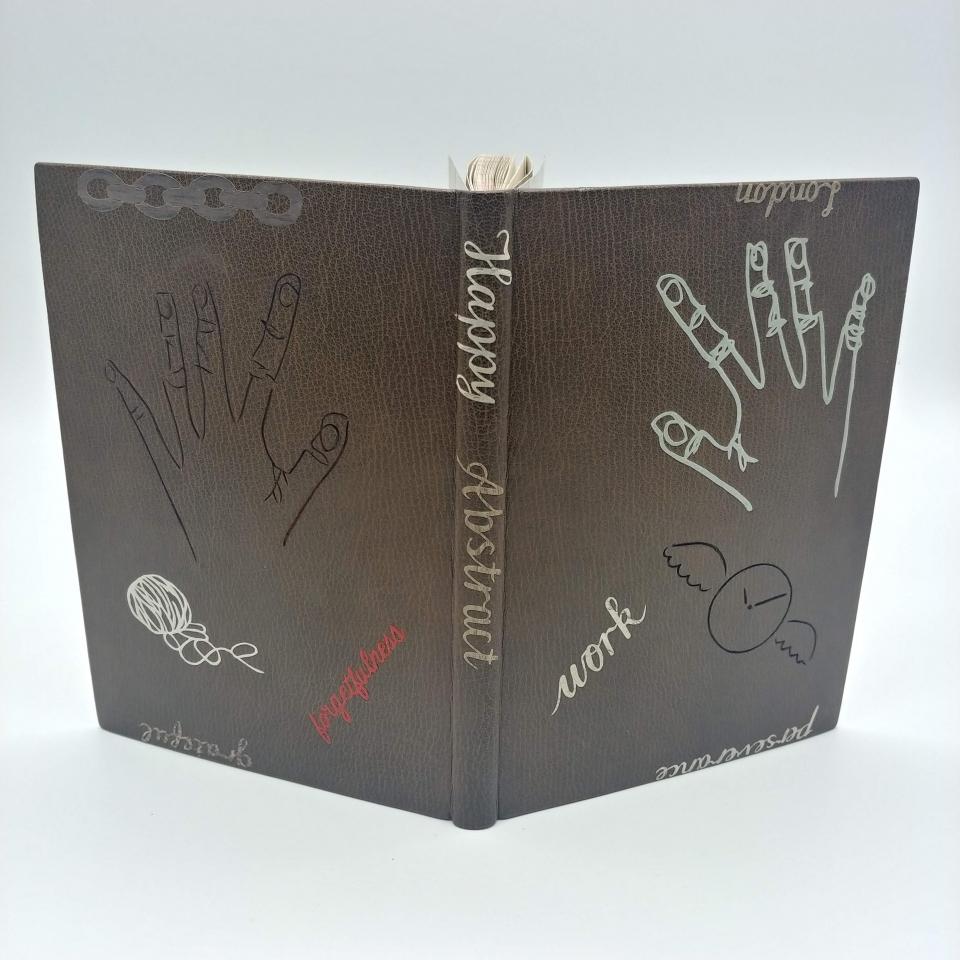 I'm happy to announce that my set book for the Open•Set Competition 2020 has been chosen among 100 other bindings to travel in the US next year. Happy Abstract- A Letter by William Blake is the set textblock for this competition. The book was quite difficult to work on due to the nature of the text. The letter is a poem that William Blake wrote to his client Thomas Butts about how he is unable to finish the work in time.
Read More
Polytechnic University School of Design Workshop 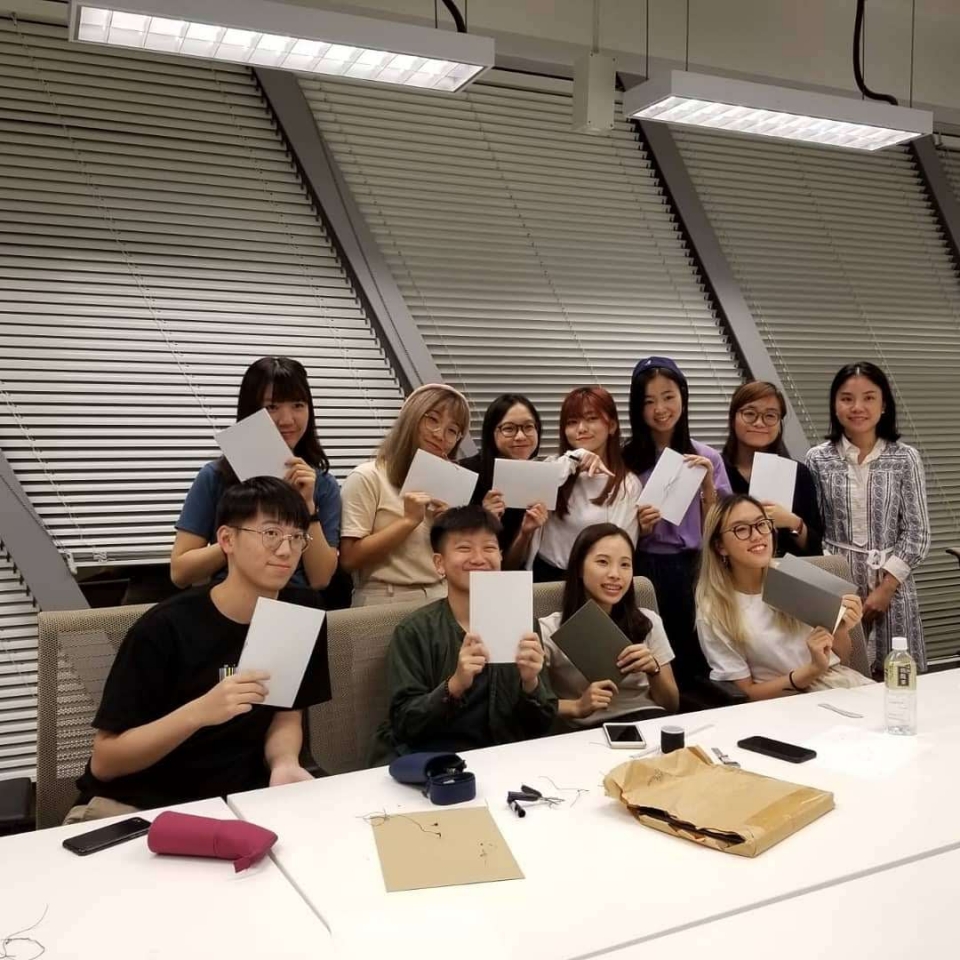 Last month I conducted a bookbinding workshop at The Hong Kong Polytechnic University. The students attending the class were from the School of Design. The class was over subscribed, there were supposed to be 15 students but some students on the waitlist ended up coming to the class. We managed to accommodate for more students by cutting more materials last minute.
Read More
Hong Kong Archives Society Workshop 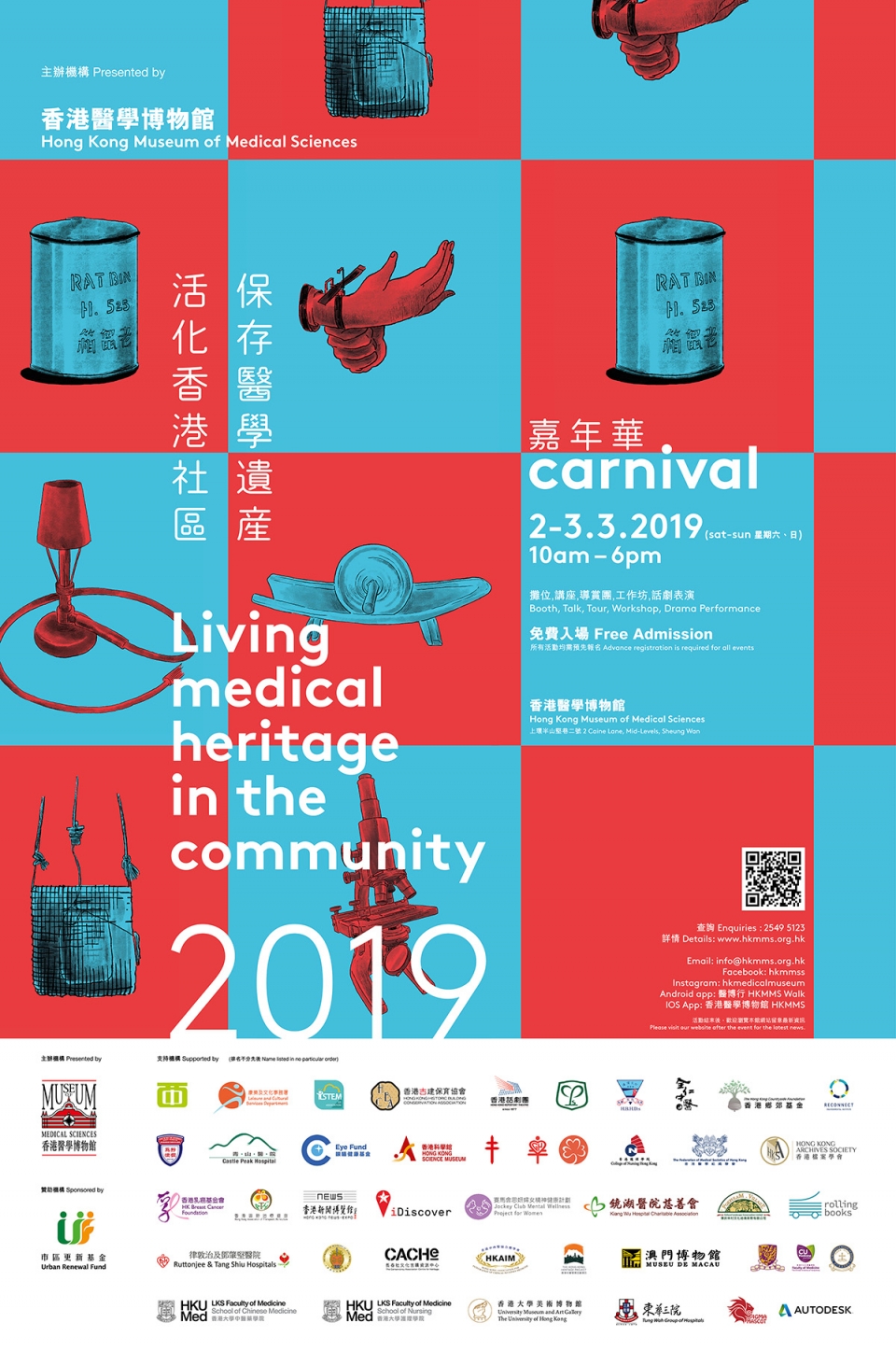 I was invited by the Hong Kong Archives Society to conduct a workshop at the Living Medical Heritage in the Community Carnival. We chose to do a four flap enclosure as a protection for books, documents and objects. This workshop was catered toward a preservation crowd so I took a different approach to teaching than my other workshops. 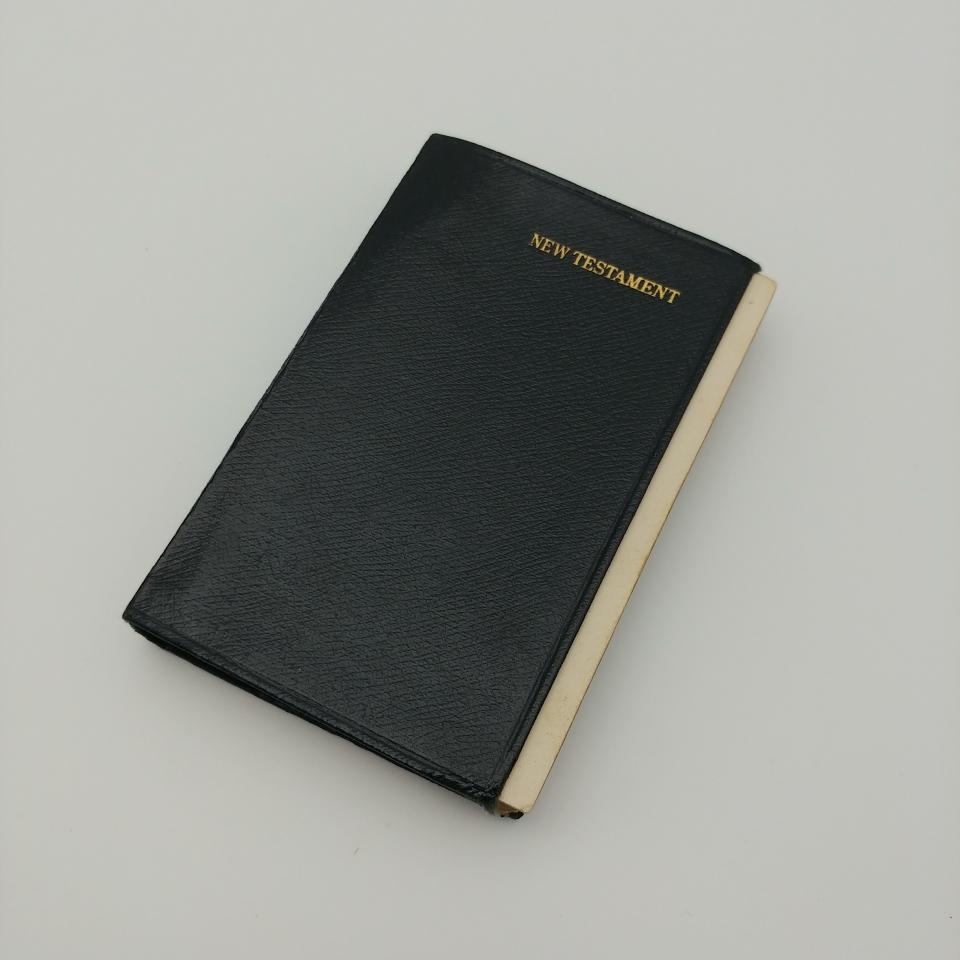 I can't believe how fast time has gone by. It's already mid February! I haven't been able to post on my blog for the last few months as I was experiencing some technical difficulties, that has now been solved and hopefully won't be an issue anymore. I started a new instagram account dedicated to my books and paper art, the instagram link has been changed to that and the handle is @percybookbinder. Please follow me if you haven't yet.
Read More
Endpaper Challenge #3 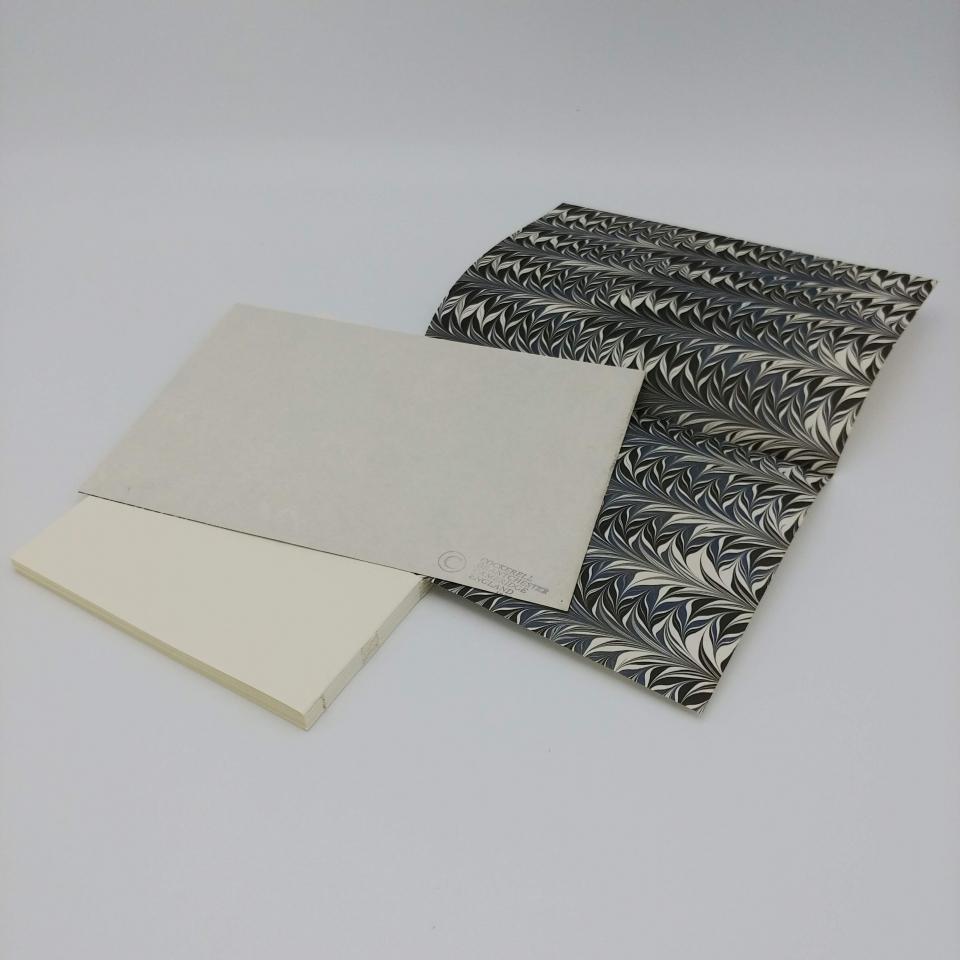 Endpaper challenge #3 is a simple tipped on endpaper. Arthur Johnson describes it as “the cheapest and weakest, 3, is not sewn but tipped on the section for 3mm. All publishers’ edition bindings have this endpaper.” The photo above shows the textblock sewn with the endpapers ready to be tipped onto the first and last signature/section. The endpapers are Cockrell marbled papers that Flora sent me with some other marbled papers that I will use for the other endpaper challenge books.
Read More
Endpaper Challenge #2 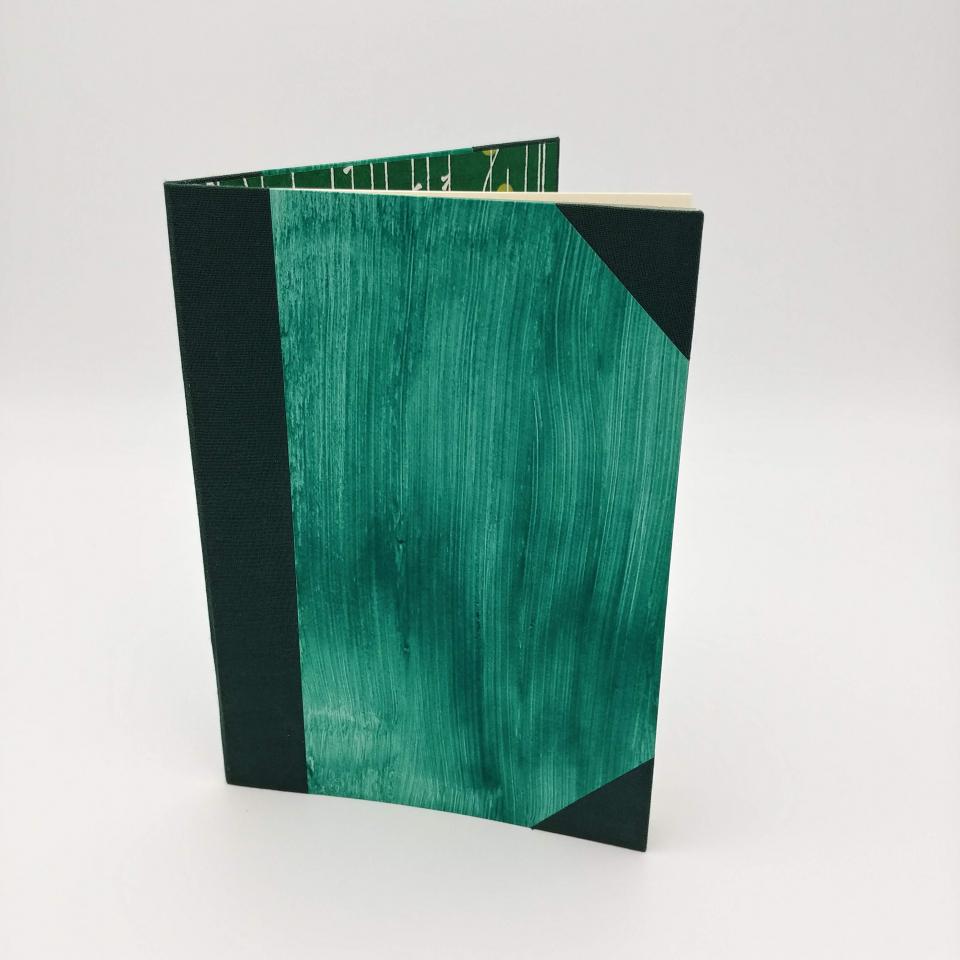 Arthur Johnson describes method 2 as "not elegant but it is reasonably strong as it is sewn in with the section and reinforced with mull.” This second method is a single signature textblock with the endpaper and cloth reinforcement sewn on. It's a quick and simple way to make a small thin book.
Read More
Family Bible Repair

I have been getting a few bible repair jobs lately which has been quite exciting! I love seeing bibles from different time periods. I have talked to a few different people about repairing bibles, it is difficult work largely because the value of the bible is more sentimental than the monetary value so it's very hard to give a quotation for the work that is considered reasonable for the client. I have been lucky to get bibles that people do treasure and I am given enough time and resources to work on them. This bible was in pretty good condition other than the hinge on the front cover and the corners of the yapp.
Read More
Endpaper Challenge Week 1 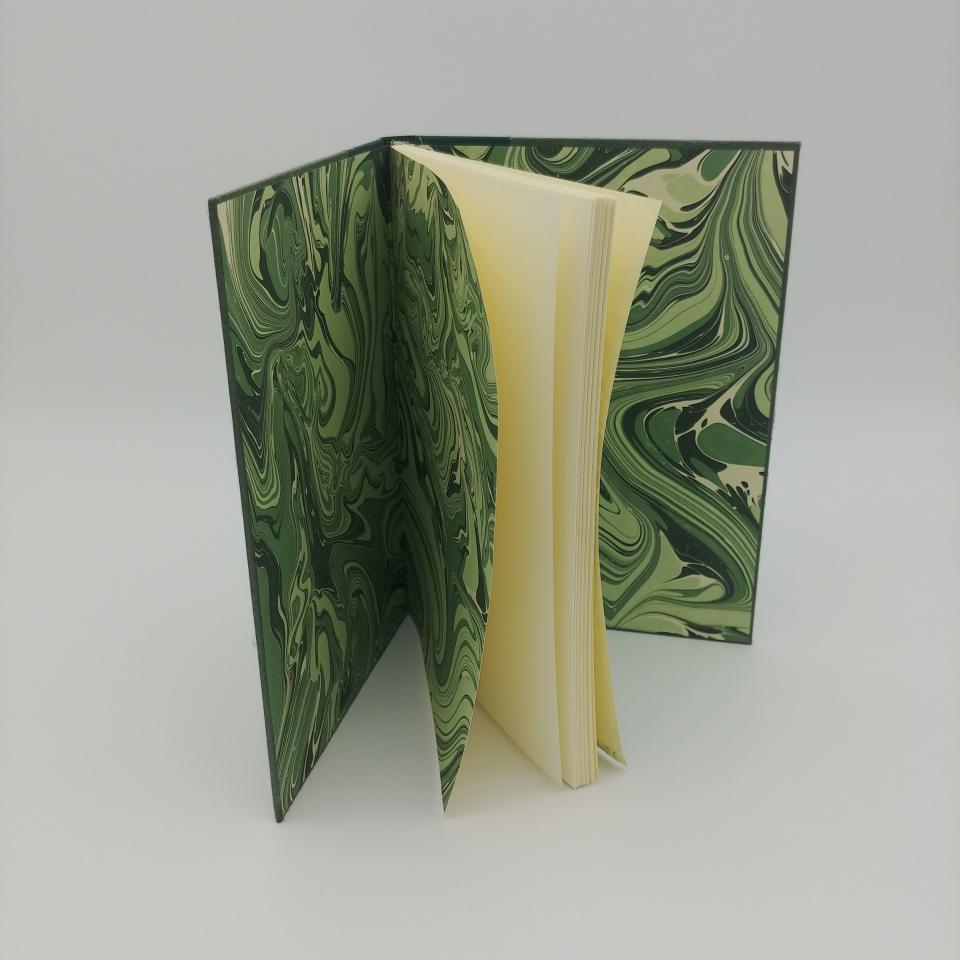 When I was in London in the summer, Flora Ginn was telling me about making endpapers. I had no idea about what she was talking about! I thought that if you say you are making your endpapers that means that you are making the decoration for the paper such as marbling or paste paper.
Read More
Lingnan University Orientation Bookbinding Workshop I was invited by Lingnan University to instruct a bookbinding workshop during orientation week. Lingnan University is a liberal arts university in Hong Kong, they are affiliated with my alma mater Carleton College. I have previously taught at Hong Kong University and also at PolyU HKCC, even though with teaching experience at other tertiary institutions, this workshop was a bit challenging due to the large class size and the time limitation.
Read More
Bible Repair I just returned a bible that I repaired to the client. This client is a childhood friend of mine, we went to church together and grew up together. His dad recently got ordained to be a pastor, so as his gift to his dad's accomplishment he asked me to repair this bible. When I got the bible it was in a bad condition, the cover was held together by tape and so were most of the pages of the textblock.
Read More
Art of the Book 2018 I entered "the Staircase" an artist book into Art of the Book 2018 and it will be travelling to different exhibitions across Canada for two years. Art of the Book is a juried exhibition of the Canadian Bookbinders and Book Artists Guild members' work. The exhibition includes many different categories, calligraphy work, artists books and also fine bindings. In total sixty-seven works from eight different countries were chosen to be a part of the travelling exhibition.
Read More
Family Tree This is a guest book that I made for a client for her husband's parents' 60th anniversary party. Sometimes working with clients they have a very clear idea of what they want. It's hard to gauge initially if they want your creative input, or if they just want someone to execute their idea. With this client, she came across my website and wanted to commission a guestbook. As with all commissions I ask the clients about what they are looking for and give suggestions based on their requirements. She had an idea of how many pages this guestbook should be based on how many people would attend the celebrations.
Read More
Staple Stone Veneer Binding On the Europe bookbinding trip that I took with American Academy of Bookbinding in 2011, we got to meet Sün Evrard, a Hungarian bookbinder who is based in France. We were lucky to be able to see her staple binding made with different materials. I was particularly drawn to the stone veneer, as with most people. Since then I have always wanted to learn how to use stone veneer in Sün's way. Coleen Curry learnt how to do this binding at Sün's class a few years ago and has been teaching other students this binding structure.
Read More
Leather Manipulation Sorry I haven't posted for a while. I had some issues in June with my server and lost a lot of blog posts, all of them has somehow drifted into the internet abyss. In the past few months a lot has changed and I have lots to write about but never enough time and I get distracted easily. I nearly got distracted and forgot that I was writing this!
Read More
Cassette binding 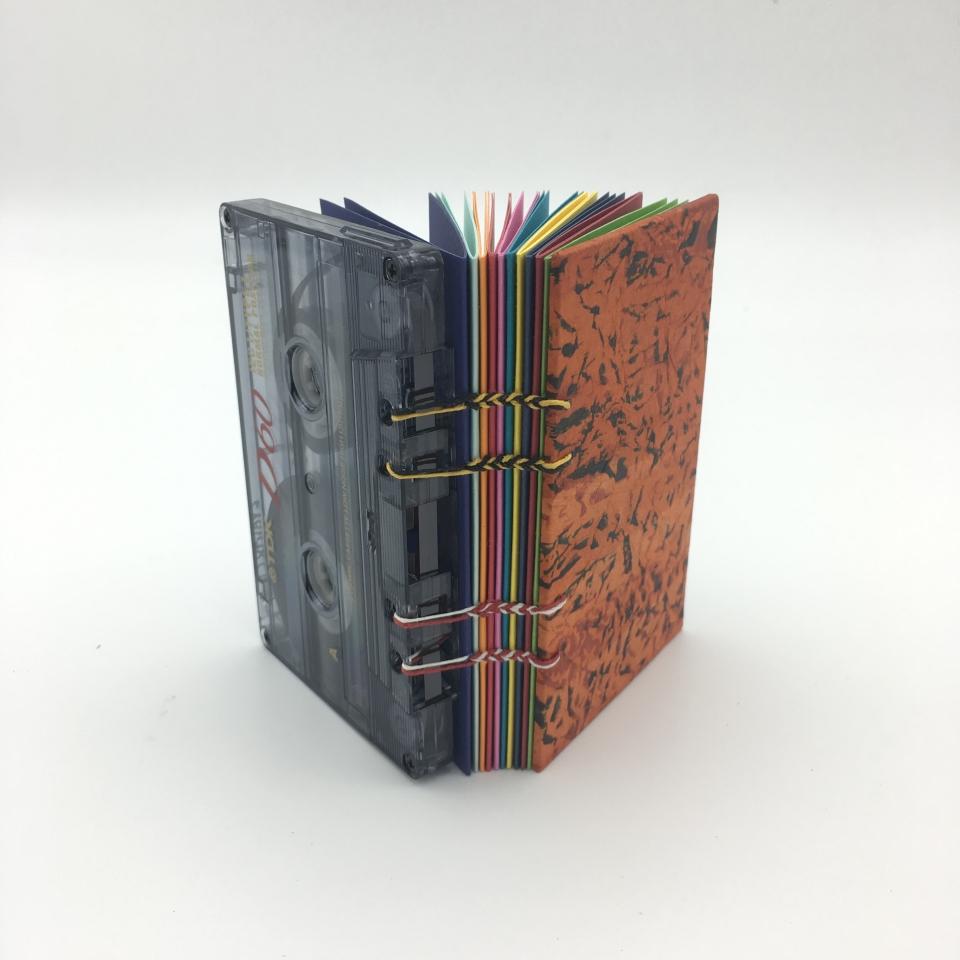 For my cassette binding, I used the cassette for the front cover, signatures of colour paper and a board covered with decorative paper as the back cover. I used black and yellow thread for one set of holes and red and white thread for the other set of holes. We were discussing that with the Coptic it would be ideal to use curved needles for going back to link the previous signatures. Also, when doing the Coptic, I prefer having more signatures as it would better enhance the linking in the stitching.
Read More
Doublures 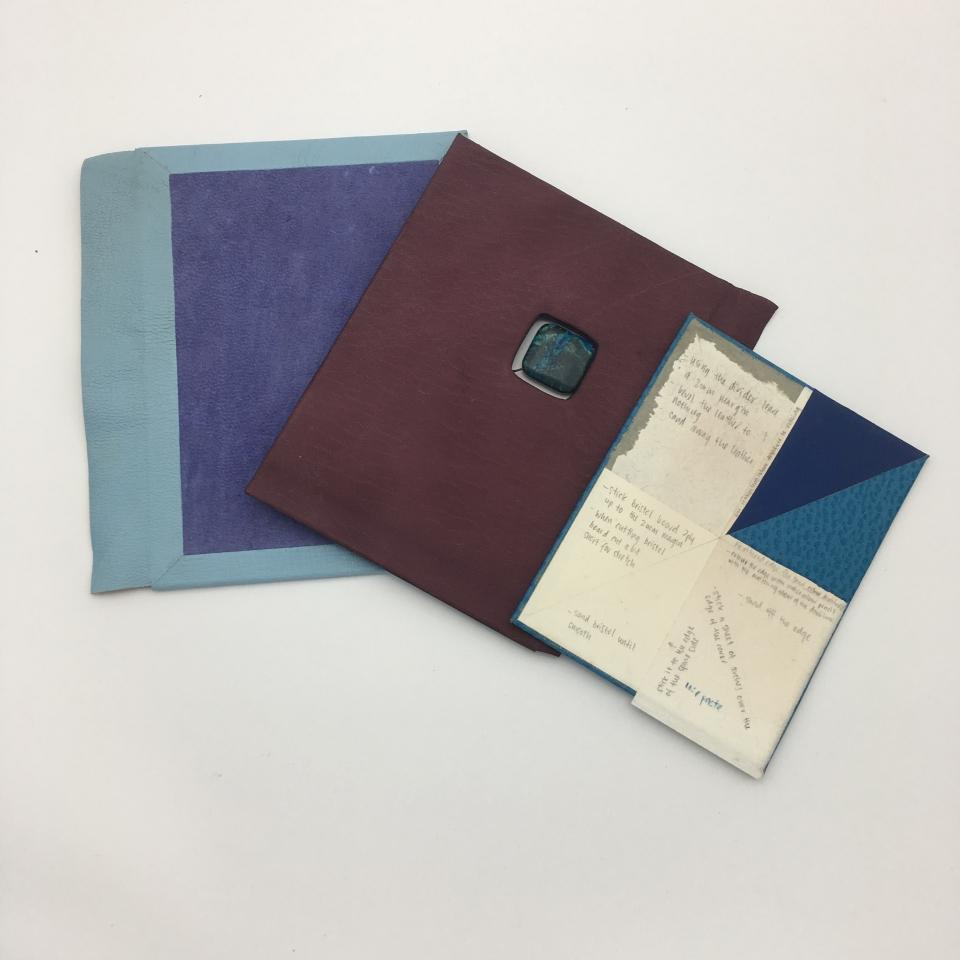 The definition of a doublure from the Webster dictionary is the lining of a book cover; especially an ornamental lining (as of tooled leather, painted vellum, or rich brocade).
There are many types of doublures, the photo above shows a sunken suede doublure, a contrasting colour edge to edge doublure and also a plaquette showing the process of how to prepare the surface for an edge to edge doublure (from left to right).
A sunken doublure is created by sticking a frame on the board prior to covering. This has to be planned in advance as the shoulder has to accommodate for this thickness. The turn ins are wider to cover the frame and you would cover the forth side of the frame the same way as you would do a leather hinge. The thickness of the material that you use for the frame would be the same thickness as what you would have for the inset.
Read More
OPEN • SET I've always liked the idea of collaborating with other artists on a project. My ideal project would be to get different artists to contribute to a book much like the Winter Book. This year I got a chance to collaborate with a few Hong Kong artist on a book arts project. This project won the second edition of Open Call for Young Curators organised by Gallery Mur Nomade.


Read More
Show More
There are no matched articles found